The best way to build an abundance of backlinks in one shot is as follows: Create content so compelling that your audience is literally excited to share it with people they know.

We helped Preply achieve this high standard by designing one truly epic infographic series — sure enough, it led to a backlinking bonanza. As a bonus, Brafton was award an AVA Digital Award for its design.

“The quality of the design is brilliant. Results speak for themselves, and this is one of the most successful campaigns I’ve ever seen!”
– Daniele Saccardi, Campaign Manager at Preply 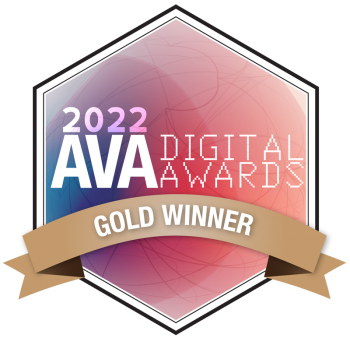 Language is a superpower, and Preply knows it.

The online platform has connected millions of people across the globe with tens of thousands of language tutors. And in doing so, it’s helped the humans of this world understand each other just a little better.

When Preply first approached us, it was because the company needed help with a very different kind of language: the visual one.

This is the story of how we helped the company express its vision for a rebrand through great design work — and won an AVA Digital Award in the process.

“Our design team were working hard with Product to get a rebrand over the line in a short timeframe,” explained Daniele Saccardi, Campaign Manager at Preply. “We desperately needed help with creating visual assets for our data-led campaigns, and we turned to Brafton for help with it.”

So why Brafton — a content marketing agency — and not a company specializing only in graphic design?

“Brafton was a natural choice. First thing that struck me was that they, like us, were data driven in their content style,” Saccardi said. “Secondly, their visual assets were stunning. Alongside the content, their communication was spot on.”

For Preply, success took the form of brand recognition metrics, including:

The Solution: Design With a Purpose 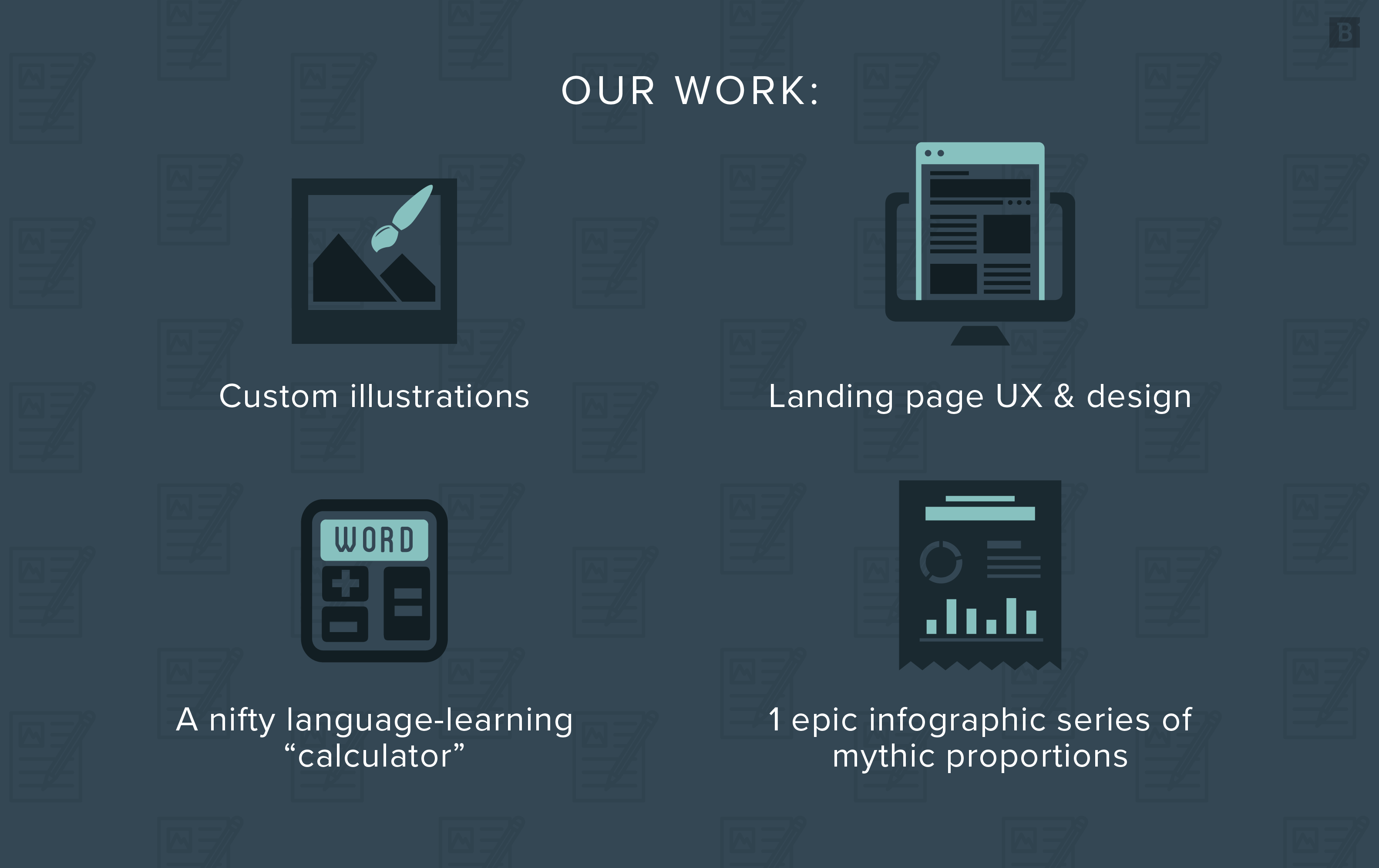 Preply had a clear idea of its brand identity and how it wanted to come across. We just had to translate that vision from words into a visual language on the page. We helped them do that on some of their pages with custom illustrations and design work.

But they also enlisted our help for a much larger project: A map of the world documenting the most-translated piece of literature for every single country. Preply did the legwork of collecting this data for each country. We took on the task of:

Once the full map was completed, we carved it up into smaller infographics, one for each continent. But nothing quite compares to the grandeur of the full map. Click on the image below to see it in all its glory. 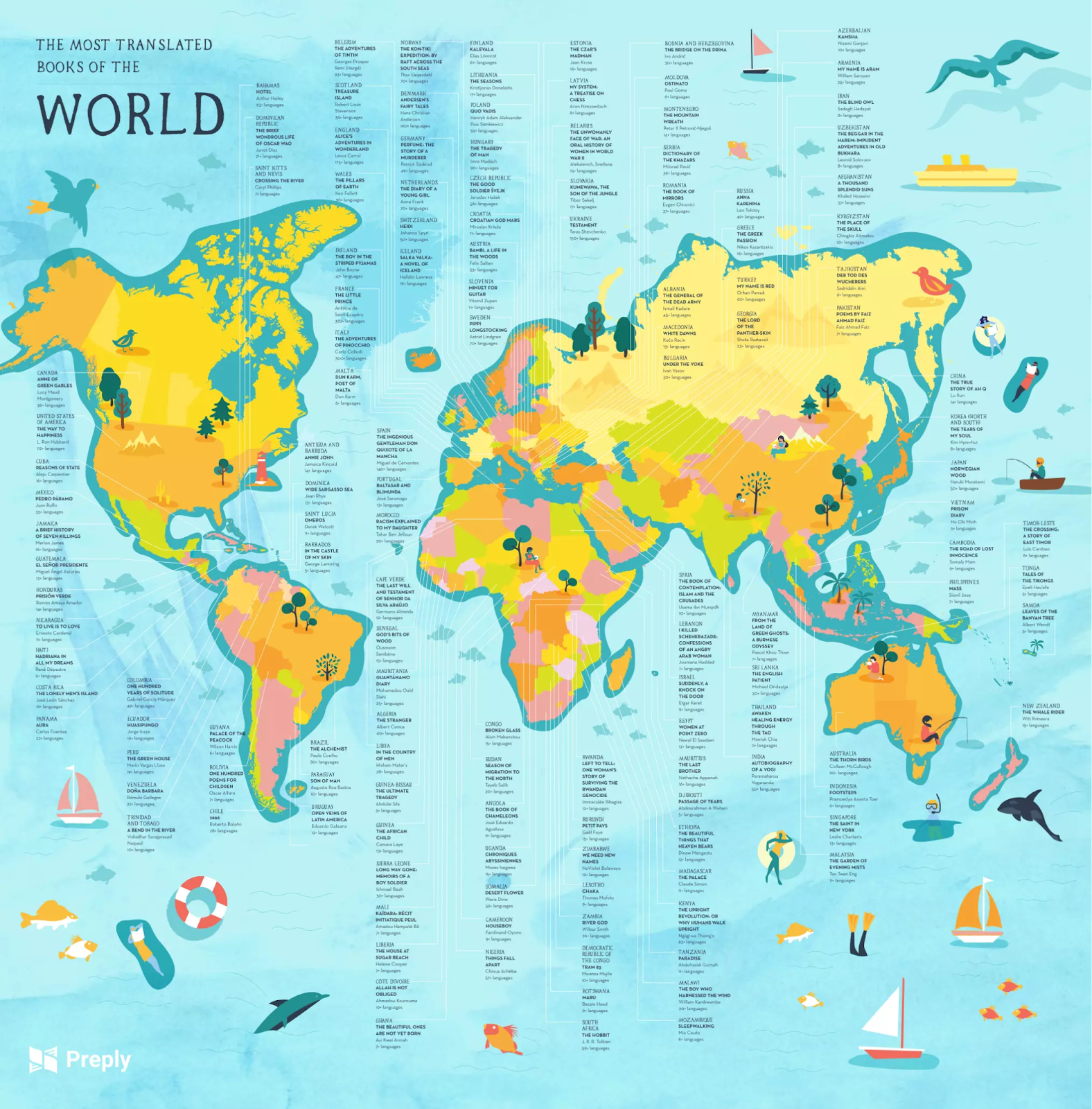 More recently, we created a mockup for a language-learning calculator. If you’re curious how long it will take you to learn Japanese, French, or even Finnish, just click on the image below and follow the prompts to find out!

So far, the infographic has generated:

Besides learning, for instance, that “The Adventures of Pinocchio” is the top-translated book from Italy, we managed to earn 500+ backlinks across more than 200 referring domains — all within the span of about 2-and-a-half months.

“The outcome of this project is huge,” Saccardi said. “We can conservatively estimate we brought in around $60,000 of links, including syndication and coverage from top British newspapers.”

It wasn’t just the newspapers; Wikipedia (which has a notoriously high Domain Authority) also got in on the action, listing Preply’s graphic as a primary source for translates literary works:

“After going viral in Spain, we also then secured 20 placements last month in France, a notoriously hard market,” Saccardi explained. “The campaign has been such a success I’ve seen randoms on my Twitter and Linkedin sharing the map.”

You know you’ve made it in when something you’ve created starts filling your feeds organically.

A project of this magnitude can be dizzyingly difficult to manage. But overall, the whole thing went smoothly, and Preply credits much of that to Brafton’s fastidious project management, and “brilliant” design:

“Brafton has been super helpful when we faced a couple of issues with content, and we sorted it out in no time,” Saccardi said. “The quality of the design is brilliant. Results speak for themselves, and this is one of the most successful campaigns I’ve ever seen!”

That’s high praise in any language.

Doubling Dynaway’s Site Traffic: How We Pulled It Off

How We Wrangled Dozens — and Counting — of SQLs for CFGI